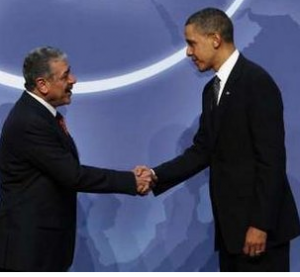 In a relationship, an Alpha can be the most attractive person.

In business, an Alpha can be the senior-most member.

In an athletics team, an Alpha maybe the most athletic person.

But contrary to popular misconception, nearly everyone can acquire Alpha leadership status by learning to employ body language and other special tricks. It doesn’t all come natural. Thus, not all those great leaders were born that way. Some of them have spent thousands of hours fine-tuning their body language abilities, and nurturing their skills. So can you do it too? Definitely yes. Below are a couple of body language tips for leadership.

Smiling is good, but in the leadership context, overdoing it is actually seen as a sign of submission.

As it happens, submissive people tend to smile more at Alphas to show that they are non-threatening and agreeable to their power. On the other hand, Alpha leaders will smile much less because their power is already enough to put people in the line. Female leaders, in particular, tend to be very careful about smiling because it makes them look submissive.

Gestures can help you tell your story more effectively. They are also a great way to detract from whatever you’re saying. Great leaders use gestures purposefully.

Have it in mind that how you stand before your audience also matters.

Before you get to that podium, you might want to practice before a mirror. Try holding your hands in front below your best line, with one hand clasping the other. Notice how you come across. You want to find that excellent stature that makes you appear more grounded and more centered.

The handshake is at most times the foremost connection made with others.

It might appear to be a daily routine gesture, but it’s much more. Good leaders know that the handshake is an equalizer.

It conveys warmth and sincerity. Practice a firm but-not-so-aggressive handshake, making no exceptions for gender, age, or status. You could practice this simple but valuable body language trick for leadership with a friend or family member. Never seem like you’re in a rush.

Hands behind Your Back

This is another high-power situation that’s often used by some of the most effective leaders.

Holding one hand behind your back and grabbing one wrist.

And why is this so powerful?

Because it exposes the most vulnerable part of the body – the chest area for women and the groin for men. As it happens, only supremely confident people place their hands behind their back in that way. You perhaps have seen a school principal do this.

What Colors are You Wearing?

Power and confidence has a lot today with what you wear. It’s not just simply a matter of body language. History and experience tells us that black and red are the two most powerful colors. Black is often associated with mystery and power, while red is seen as the color of passion, aggression and violence.

You probably have noted that politicians tend to wear a lot of black (suits) with red ties. Sometimes, you will see them do blue ties. All this is done purposefully. Blue is the color of loyalty, honesty and wisdom. So what do you learn here?

You can use color psychology to complement body language and achieve the Alpha status.

These easy tips will get you started on the Alpha scale. If you’re a budding leader who’s looking to expand his or her influence, consider these great techniques a starting point. Endeavor to harness your skills and polish up your body language so that it shines and stands out!