We had just recently talked about message clusters; clusters or a group of body language which translates to the general disposition of an individual and how efficient and effective it is to view and categorize a person’s general behavior by observing the overall posture and behavior of a person. In addition, we also have delved a bit on one of the few message clusters categorized as the aggressive body language and its first sub-category which falls on threat. Right now, we will further discuss the next sub-category of the aggressive body language which is referred to as “invasion”. 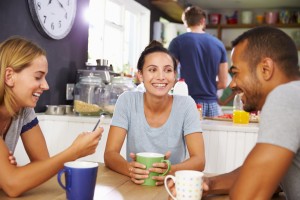 While the word invasion would probably make you think of aliens from another planet coming to earth to conquer it and take its overall resources or maybe a historical leader trying to conquer a particular nation, invasion in the context of body language refers to the act of entering an individual’s personal space. When a person invades the personal space of someone else, it can be interpreted as an act of aggression. There are three behaviors that can be considered as an invasion towards a person.

If you have noticed, this aggressive body language does not necessarily delve on the idea of causing physical harm. While this kind of message cluster can be interpreted both as something of a disadvantage and an advantage, being able to spot and identify a person who exhibit this helps you figure out how to deal with such an individual.