How Your Body Language Alters The State Of Your Mind

Researchers have observed that animals have their own unique way of influencing other animals around them through their physiology.

An example would be a king cobra. It raises its hood and stands upright in order to ward off predators who may try to threaten it. Skunks on the other hand release an unpleasant smell to keep away possible predators and in fact, even humans are known to exhibit such behavior when trying to influence people like how they smile, how they stand and or how they move their hands. 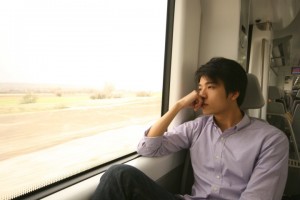 However, not a lot of individuals are aware that they can manifest and build both positive and negative characteristics in themselves simply by behaving or moving their bodies in various ways?

Straight Body: Good posture is important because it not only shows that you are confident but it also shows strength in personality. At the same time, it also subconsciously enhances a person’s confidence in him or herself. A person who initially may be feeling nervous will gradually feel confident and powerful by exhibiting this posture.

Hunched Back: While there is nothing wrong with relaxing and hunching your back on occasion, it somehow reduces a person’s testosterone level which is influential when it comes to his or her confidence. People who are asked to do an activity in such a position are more likely to grow lazy and tired with the activity as compared to those who were asked to lean slightly forward away from the back of their chair. People who are hunched tend to feel depressed and are more likely to give up on something.

Arms Crossed or on Lap: On the other hand, people who are positioned to have their arms crossed or on their laps are more prone to gambling.

Expansive Pose/Contractive Pose: Practicing the expansive pose wherein both legs are apart when standing and the person takes more space can increase his or her testosterone level and at the same time, his or her confidence as compared to its opposite pose which is the contractive pose. Those who tend to keep up an expansive pose are more clear and strong when it comes delivering their speeches as compared to those who were on a contractive pose which resulted in lack of force of personality.

There are a lot of interesting things to learn about body language in addition to just knowing what gesture says to other people. Body language also has the power to influence your state of mind.