The Body Language of Crossing Your Arms

Body language continues to be an intriguing topic and for a good reason. Body language can say a lot about what a person is expressing as opposed to what he or she is saying. 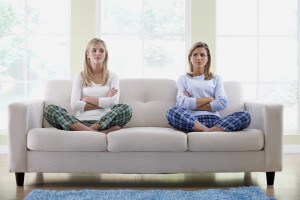 Being conscious and knowing how to properly express the correct body language can improve your relationships with the people around you. However, there is one particular body language that has garnered different opinions and that is when a person is crossing his or her arms. Before, people crossing their arms gave the impression that they were stand-off individuals or people who are protecting themselves on a subconscious level.  Studies, however, show that it is not necessarily the case. Here are some facts about crossing your arms:

Fact 1: People crossing their arms may be simply feeling more comfortable doing it. It may be because they can relax better that way especially if their arms do not have an armrest where they can rest it on. It could also be that they are feeling cold due to low temperature. In addition, there are a number of people sitting with their arms folded regardless if they are interacting with someone or not. At the same time, people tend to subconsciously mimic one another and this refers to “Postural Echo” and if a person is seen with his or her arms folded by another then there is a tendency for that person to do the same thing. On the other hand, if a person is confronted with an awkward question or is put in an uncomfortable position and he or she folds his or her arms, then chances are they are being defensive.

These are some facts about body language that should be considered before you judge someone who crosses his or her arms as being defensive or unsociable.