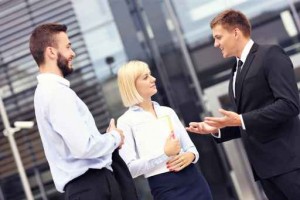 While closely observing how a person’s hands move or where his or her toes are pointed will help you figure out what he or she might be thinking, grouping these gestures into clusters will make it easier for you to tell what general mood or mindset a person is without taking too much time.

Body language comes in groups of signals and postures that will tell you the general mood or emotion of the person you are observing. Being able to identify and recognize a whole cluster will greatly save you time in assessing a person’s overall behavior. These are referred to by experts as message clusters and some examples of these message clusters are:

Is it not easier looking at the general posture or movement of a person you are trying to read than observing how his or her nostrils flare up, where he or she points his or her feet or that short moment where the person swallowed which could just be the person getting choked of what he or she is eating?