People’s necks or specifically, the movement of people’s necks can also be used to try to figure out the current emotional and mental mindset of a person. Like with other body languages, the neck has a couple of movements that you may want to observe and understand. 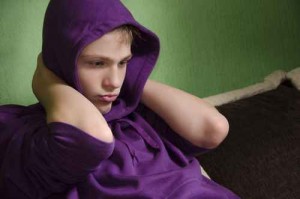 Hiding: When people are threatened, they tend to move their chin down as if to protect the neck from any possible attack on it. Coupled with this gesture are the shoulders that may be raised up as if to protect the side of the neck. If you see someone put their hands on their throats, particularly after making a swallowing gesture, it could mean protecting one’s neck from a perceived threat and is the person is subconsciously trying to hide this behavior. People who display such gestures are likely experiencing embarrassment or fear.

Turning: The neck is built to be able to rotate horizontally and vertically which allows the person to observe his or her entire environment. Even the eyes can simply look around without the neck needing to move at all. Turning the head is a means to give a signal to people such as directions, or if a person is giving or removing his or her attention. Exercising the neck can also mean that the person doing so is tensed and it can also be translated to boredom.

Touching: When a person touches the front of his neck, this can possibly be a sign of embarrassment or that the person is lying. Remember that when a person is uncomfortable with the things he is saying then his neck’s muscles tense up which affects how his voice comes out of his windpipe. At the same time, there are also major muscles at the side and at the back of the neck and rubbing or squeezing it may indicate tension or anxiety being experienced by the subject. On the other hand, if you see someone grab the back of his or her neck then chances are that that person is not in a good mood. This gesture is often translated as restraint from doing something that the person does not normally want to do, as a result of being surprised or being angry.

The neck is one of the most vulnerable parts of the human body and people will find ways to protect it consciously or subconsciously. Understanding a person’s neck body language will let you know if a person is comfortable or uncomfortable interacting with you, and in such cases, it will help you to properly approach the person to achieve the best results.