Body Language: About Your Shoulders

Your shoulders speak a lot about you. What does every movement mean? Read on…

You might be wondering about the authenticity of what you are reading right now but yes, you read it right; observing how people’s shoulders move can give you an idea if they are in a bad mood or they are interested in hearing your business proposals. So what are the movements that you should take notice to figure out if your date digs you or your superior hates you?

Raised Shoulders: Have you tried keeping your shoulders raised for a period of time? How did it feel afterward? You felt strained right? When a person has his or her shoulders in such a position, it is possible that he or she is anxious or aroused by unpleasant emotions. On the other hand, if you see someone lowering their head and at the same time raising their shoulders then they are subconsciously protecting themselves from a perceived threat. 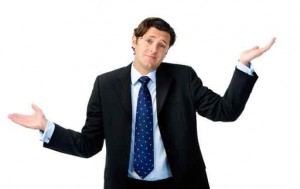 Shrug: This is perhaps one of the most common body language that you will see people exhibit once in a while. But did you know that a shrug can mean a number of things too? If you are asking people about something and they respond with a shrug, like raising their shoulders for a moment and loosening it, they obviously do not know the answer to your question. This gesture is usually accompanies by a long face with both palms open as if nothing to hide. On the other hand, if you see a man rotating his shoulders after a shrug that person may possibly be on his or her way to trouble.

Turning: If you are speaking with someone, perhaps a friend, regarding a sensitive topic, you would occasionally notice that their shoulders are turned or at least about to turn, then it is possible that they no longer want to continue with the subject being discussed.

Pushed Back Shoulders:  Meanwhile, if a person’s shoulders are pushed back which exposes their torso which is also another vulnerable part of the body, then chances are that that person is feeling confident about himself or the situation that he or she has no fear of any threats coming for him or her. This can also be interpreted as the person exerting dominance to his or her audience. If a person’s back is also pushed back along with the shoulders then he or she is probably making an effort not to be visible to people.

Body language is really an interesting subject and more so when you have already come to the point wherein you can predict a person’s way of thinking or trail of thought simply just by looking at them.