It is very useful if you know how to read people’s emotions. It’s very important that you can be aware of how others are feeling especially if you’re talking to them directly. You can easily avoid having to say something that would change someone’s mood into a bad mood. 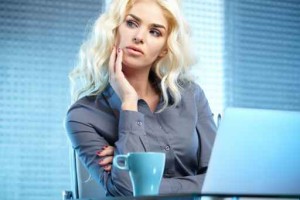 Beware of a microexpression

When talking to somebody, be sure to be aware of some microexpressions they will make because it will happen so fast you would miss them. You should also be familiar in recognizing the 7 major types of facial expressions which are happiness, sadness, contempt, disgust, surprise, fear, and anger. Mastering this observation will help you control the conversation and say what is appropriate at the moment.

Be very sure of your observations

Sometimes it’s not enough that you think you know what a person is feeling through facial expressions. You could simply ask the person politely about the emotions you think that person has and you can avoid any unnecessary words that would probably worsen the mood of the one you’re conversing with.

Even if you are a master at reading facial expressions of people doesn’t give you an authority over someone’s feelings, and again it’s not good to only assume but to also ask how a person is actually feeling. Give them time until they let you know how they are feeling and it would help in developing your conversation.

If you think someone is lying to you, observe them carefully

This usually happens when the one you’re conversing with shows some micro expressions that contradict what they are saying. It probably means that they are hiding something or that they are lying to you. It will also help you to know if someone is lying by knowing other signs of lying like if they have difficulty in speaking some words in front of you, or if they avoid looking into your eyes.

Spotting these signs may help you be sure that a person is lying and avoid any false accusations.