Capgras delusion is a strange phenomenon of the human mind where a person tends to believe that a spouse, family member, friend or colleague has been replaced by an identical-looking impostor. Just like Fregoli Delusion, Capgras delusion is classified as a delusional misidentification syndrome. It is one in a class of strange conditions that are related to misidentification of objects, people, and places. The condition can occur in either acute, transient or chronic forms.

This condition is tied to the old belief that babies were stolen and replaced by changelings in medieval folklore. There’s also an impression that it could be tied to the modern idea of aliens taking over the bodies or human beings on earth to live amongst us for whatever reasons. Capgras delusion happens to be more common in people with schizophrenia, but it can also occur in any other disorder.

Imagine a situation where your spouse comes in through the door, and you go to welcome them. Suddenly, you stop in your tracks, because you realize that this man or woman isn’t your spouse. They look exactly like your spouse, but they are not. You decide that definitely, it’s not him or her. They’ve been replaced by a total impostor. Capgras delusion is also commonly referred to as ‘the impostor syndrome’. It is the exact opposite of Déjà vu.

Before, Capgras delusion used to be considered very rare but medical professionals are starting to think that it’s not.  The more doctors learn about this strange phenomenon of the human mind, the more people they find who have it. Capgras delusion was first discovered by two French doctors, Joseph Capgras and Jean Reboul-Lachaux. The two doctors had a patient called Madame M., who was convinced that her neighbors and family had all been replaced by lookalikes. She said that she had 80 husbands! …that one impostor would just leave to make room for a new one.

Sometimes, people cannot distinguish between Capgras delusion and prosopagnosia, but there’s a whole world of difference. People suffering from prosopagnosia can see the same face a thousand times and not know who it is. This is a condition whereby you walk past your best friend and not know who they are even when they say hello. For people with prosopagnosia, the brain emotionally recognizes the person, but it consciously doesn’t.

On the other hand, people with Capgras delusion can perceive faces, and acknowledge that they look familiar, but they can’t connect the face they are looking at with the actual feeling of familiarity. You see someone and you acknowledge that they look like your best friend, still you don't get the same feeling you’d usually get when you look at this person with your best friend’s face. It’s a problem of disconnection. 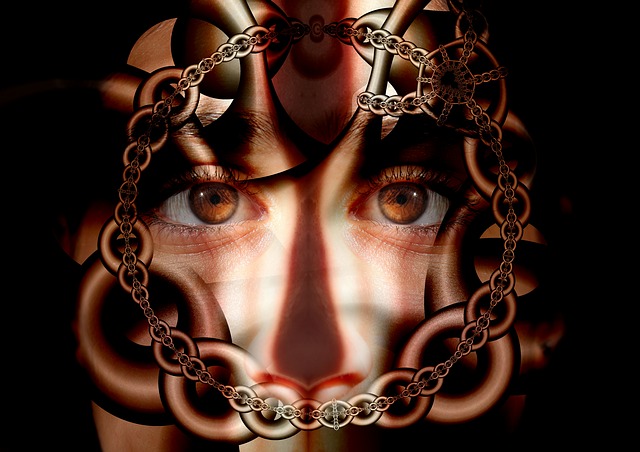 Delusional disorders are different from hallucinations. While a hallucination is something that affects your senses, delusions tend to have everything to do with a person’s thoughts. For instance, with hallucination, you might see, hear or smell things that aren’t there. But a delusional person has some thoughts and beliefs that aren’t really true.

There’s a general agreement that Capgras delusion has a complex and organic basis as compared to other conditions. This phenomenon of the human mind can be understood by looking at the neuroanatomical damage that’s associated with this condition. Some of the existing clues as to the causes of Capgras delusion have been suggested in a study involving brain-injured patients who suffered from prosopagnosia. In this condition, people were consciously unable to recognize faces, despite being able to recognize other types of visual objects. Since then, numerous other studies have been dedicated to the understanding of Capgras delusion.

Scientists are still working on various ways of treating Capgras delusion, but individual therapy seems to be the best-suited method. Persistence is needed to establish therapeutic empathy without overly validating the system, and cognitive techniques that include reframing and reality testing. Antipsychotics and other therapeutic drugs also have shown some relative level of success.

This week on the top 10 strange phenomena of the human mind, we look into …