We all know the famous line “Life isn’t a game.” But then again, when it comes to my life – it feels like a never ending game of unreal excitements. I guess it's because I decided to live it that way… 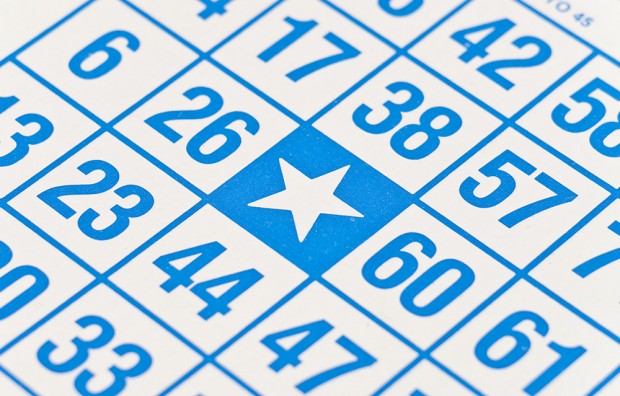 It reminds me of that quote by Confucius: “Choose a job you love, and you will never have to work a day in your life.” In a way, I believe that I am a living example of this quote. I do exactly what I love doing and I make a very decent living doing it.
Last week I was watching the news. An 88–year-old grandmother from Florida had won the big lottery. It was the mother-load of winnings – a big mega millions pot, something in the 200 million dollar range. You know. The kind that gets you to think: “Ah! It should have been me winning that money”. “My life is so tough. Why can't it be me getting something so good to start me a good life?”

That's when I began wondering about life's not being a game… or being one.

The Grandmother was asked to recount the story of how she came to be an overnight multi-millionaire. She said that a nice young man had let her cut him in line and she let the machine pick. Completely automatic. That seemed like a rather casual way of describing a sensational stroke of good luck! If she had perhaps not encountered this young man, she’d probably be returning to her afternoons of Mahjong and The Price is Right and not think twice. But then she went on to say, “Well, I’m always winning things…” 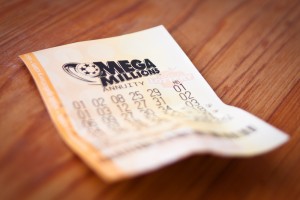 “Oh really”, The reporter asked her:, “Like what?”
“I won a trip to Disney World last year, and another time I won a year of free internet…” And her list went on and was quite impressive. It was clear Grandma was indeed good at winning things. Sure wish she was my Grandma!
But this beautiful interview with the old lady got me thinking… I decided to write my weekly blog post about this and ask a gigantic question: is there any way to stack the odds in my favor? It didn’t seem likely that I was going to win lotto anytime soon. I did dream of it though; of all the mansions, of exotic vacations, of big kid toys, of all kinds of treatments I’d indulge in… Most of us have heard the Seneca quote, “Luck is what happens when preparedness meets opportunity.” Well that does seem true. Seneca wouldn't have stated that if he weren't sure it was true! But still – – – There should be something else, something easier… more obvious, maybe….

And there it was… BINGO!

This reminded me of something. I was fortunate enough to happen upon a lecture given by Victoria Moran not too long ago. She described the concept of life’s “Free Square”. Victoria used the metaphor of games and Bingo in order to describe one of life’s most under-used Phenomenons.
Basically, like in the game of Bingo; each and every player begins the game with a bonus, a “Free Square” in the middle of their board. They can use it any way they like and it can turn an otherwise losing line into a winner! Because every player is afforded one of these special bonuses no one pays much mind to it. But, in the end, the “Free Square” is just as powerful as getting an H-46 or A-7 in winning the game. And, by the same token, just because you have a “Free Square” doesn’t mean you don’t have to work hard at the other squares in order to come out victorious!
Just as in Bingo each and every last one of us has a “Free Square”. By that I mean that we come into the world with special abilities, aptitudes, and talents that are effortless.

When I was in grade school I remember there was this kid named Daniel who was completely socially awkward. He also had the sort of gross habit of picking his nose constantly to the point where he would get nosebleeds and had to go to the nurse’s office. Daniel was no good with people. But on the other hand, Daniel was an incredible athlete! He was The Flash incarnate. He would win all the races, he was an absolute killer in the game of tag, he could scurry up the gym rope while most of us lived in the wide-eyed fear of having to climb it. Because of his athletic aptitude, he was ALWAYS, WITHOUT FAIL, picked first for the sports teams. He thought nothing of it. He didn’t work at it. For him it just was.
Like Daniel we all have those special talents that we brush off and take for granted. Because we didn’t have to work hard in order to receive it, we tend to undervalue it and sometimes neglect to see how it can make us “win” in the game of life.

[icon image=”thumbs_up” align=”left”] To most of us, struggle seems more normal than free flowing. We work diligently to form and become someone, sometimes very different from who we actually are. However there's no reason we can’t have more than one ‘square'. So we can begin to unlock our fulfillment and happiness. At that point we can be the person we are. We can then use this magical power to barter, trade and balance other areas of our life that don’t come easily.
For example, when I was a teenager (and still to this day), I am terrible at math. I have to use a calculator, my phone, my friend, anyone I can find nearby to help figure out my bill at a restaurant. Every. Single. Time. One year, as I was having a terrible time with Geometry – and not for lack of trying – I would study with my best friend for hours, I met with my Math Teacher and we tried to negotiate how I would pass the class. I had always been a good writer and was in all the Honors Classes. So I suggested I could write a story about Geometry, a narrative, that would make it easier for kids like me – math dummies – to get it! She agreed, my story was a hit, and I passed the class!

So if you’re having trouble discovering what your “Free Square” is in life, you might try asking yourself the following questions and see what you come up with:

When you know what “Free Squares” you are – and it may not be what you think – you can “play” or use them against what comes harder or more difficult to you in life. Be proud and grateful that you’ve got these special talents and use them to become a winner!

Take a minute and use the comment section bellow to share ONE free square you've realized about yourself right now – I can't wait to know!