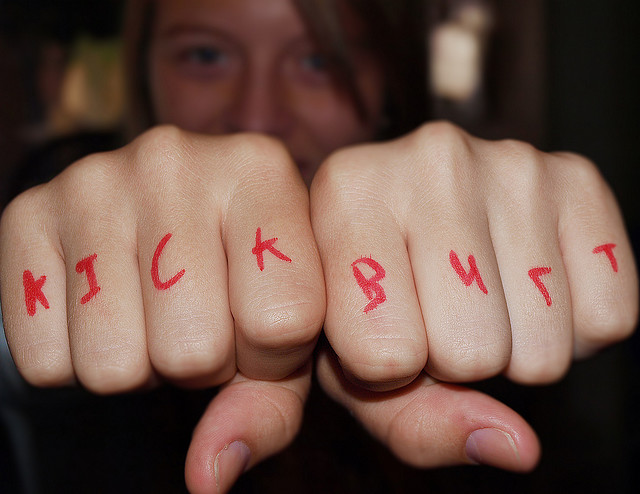 I have always been a big fan of butts. Wait…bare with me…this article gets better I swear…

Let’s face it, butts are soft and comfortable to sit on, particularly if you love riding a bicycle as much as I do, butts do indeed make things a lot more pleasant. Butts are great to relax into on an old sofa after a long day at work. Butts provide that little extra bit of cushion that is often the difference between “enjoyable” and “ouch”.

A lot of time in my line of work people come to me seeking  help with improving their health, business, life, mind or their relationships and the very first thing I tell them is that they have to lose their “buts” to become truly successful at any one of those things.  I tell them they need to, in effect, get off their “buts” even though they've become rather fond and comfortable sitting on them.

While there is a difference between the butt attached to your body and the “but” embedded in your brain, they serve a similar function – which is comfort. The trouble is that a lot of people don’t just sit on their “buts” on occasion when they need a little rest; they begin to live on their “buts” and thus begin a slow descent into atrophy and ultimately death. The death of their dreams.

Don’t believe me? Let’s for a moment take a look at what it is to sit on your “but”. What happens when you sit on it for an extended period of time? Not just for an hour, but let's say a week, a month, a year or decades… Anyone?

Well, I’ll tell you, your muscles begin to get weaker and smaller; your body begins to lose its strength and ability to do and try new things. That is why people who are bed bound have to go to Physical Therapy, because if they don’t move they would get very sick and die.  This is exactly what occurs when we as people begin to live on our “buts”.

In our world today there is “but” sitting epidemic going on. A lot of people see and know exactly what they want but they don’t have the strength to stand up and run after it so it just passes them by. Maybe it’s the perfect partner, or the dream job, or the healthy fit body. If you are sitting on your “but” there is really no chance any of those things will ever be yours and you don’t need me to tell you that. 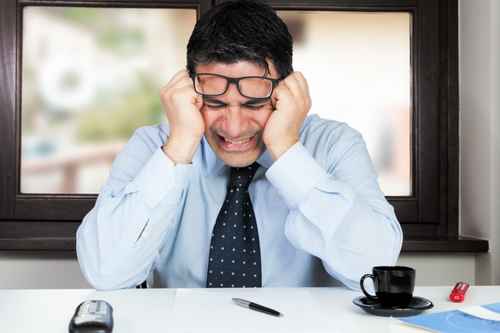 Let me explain the 3 kinds of highly dangerous “buts” that we as people sit on. These “buts” often reveal themselves as the tiny but persistent toxic voice that’s in our head sounding a heck of a lot like an excuse or a self-fulfilling prophesy.

All 3 of these “Buts” are very powerful because even though they are all self-defeating lies, your belief in them will make it so. It is simply how the Universe works. Or as my favorite quote from Gandhi goes “Man often becomes what he believes himself to be. If I keep on saying to myself that I cannot do a certain thing, it is possible that I may end by really becoming incapable of doing it. On the contrary, if I have the belief that I can do it, I shall surely acquire the capacity to do it even if I may not have it at the beginning.”

Out of the 3 “Buts” I mentioned the most dangerous is the “BUT I'm not…” because it basically says that other people got something at birth that you didn’t and because of who you came into the world as, you’re not going to get whatever it is you want. I'm here to tell you that's one of the biggest lies on the planet. Someone didn't get “better” they got something different – and different is also good. It is the “but” that says you were beat and defeated from the get go so “why bother?” While we all come into this world with a different hand of cards, one hand is not better than another it is all how you play up what you DO have.

When Doron introduced me to Muggsy

When I was a kid I wasn't too much into basketball, but my cousin Doron loved the NBA and was watching every single game! One of his favorite basketball players was a guy called “Muggsy” Bogues who played point guard for four teams during his 14-year career in the NBA, most notably for the Charlotte Hornets. He used to admire him and talk about him all the time. I remember asking him once what makes this guy so unique… He told me that this guy could really move and jump and pass and score like no one I’d ever seen before, he was truly a joy to watch on the basketball court. He was absolutely memorable. BUT – The one thing that everyone remembers about “Muggsy” was that he was the shortest point guard in the history of the sport at 5”3’. The other point guards in the league towered over him. “Muggsy” was told countless times on his journey to the NBA that he wasn’t tall enough or right for the NBA, and yet he persisted.

What “Muggsy” saw and knew that all his naysayers did not was that his height was not a disadvantage – he saw it as an advantage – he knew it made him totally unique and entirely memorable. His height allowed him to move the ball low to the ground and out of reach of the defenders, giving him an advantage over the typical 6 ft plus player. It was all how “Muggsy” saw himself and the voice in his head was one that helped him move forward, rather than holding him back from the amazing career and greatness that was within him.

The reason this story is applicable to the 3 “buts” is that in order to get off your “but” and actually go after your goal you have to stand. You have to get moving in a different direction than the weak and ever-degrading position of “but” sitting.

Because while it may be comfortable to sit on your “but” you must remember that:

No one is truly happy on their “but”

No one becomes successful on their “but”

No one becomes memorable on their “but”.

So how does one stand after years of “but” sitting? You take a stand for something by changing the little persistent toxic voice in your head. You have to give it new words, words that will get you closer to what you want. You must take a stand on what you want to achieve:

Taking a stand is also learning how to speak to yourself with love and support and encouragement.

So often we defeat ourselves by allowing the voice in our head win that's more of a demon than a Guardian Angel guiding us. That little voice is very powerful. That voice, when toxic, strips us down and devalues us and finds fault in everything we do or see in the mirror. You can turn it around by saying words that are empowering such as:

Find words that empower rather than dis-empower the vision you have for your life in all areas. Feed the angel and not the demon.

I am hoping you will all take a stand in your life and get off your “buts” so you can live and achieve the greatness that you all deserve.

How to take a stand that will change other people's lives as well? SHARE THIS LESSON with your friends using the share button. On Facebook, Twitter, LinkedIn… Whatever – BUT TAKE AN ACTION. Even if you've never shared my lessons before, this is the right time. Support me by helping your friends! Show others you care about them as well: Tell them to GET OFF THEIR BUTT AND GO KICK BUTT!