How Do Optical Illusions Trick Our Minds

Optical illusions are images perceived by the eye which differ from reality. 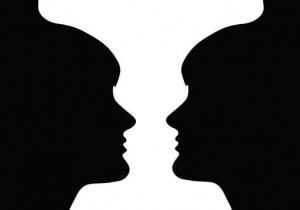 Usually, optical illusions happen when information is processed in the brain that does not match with the physical representation of the object.

Physiological illusions – Effects of too much stimulation of a specific type.

The study about illusions existed even in 350BC, during the time of the Greeks.

Aristotle noticed that while watching a waterfall, when one shifts the gaze to static rocks, the rocks seem to move against the water.

Certain neurons in the brain are worn out by keeping track of the waterfall. By looking at the rocks, the brain activity causes other neurons to compensate, making the rock look like its moving.

During the 19th century, more studies regarding illusions began. Scientists made simple illusions to test out how human brain activity analyzes size.

The Ebbinghaus illusion — the illusion that tricks the mind into thinking certain shapes are larger than others — shows scientists that the mind judges objects by comparing the size of adjacent objects.

The 19th century has also made another breakthrough in the study of illusions: the discovery that perspective matters.

This illusion shows that brain activity considers real-life perspective when looking at images like these.

The 20th century was less fruitful in the search for more information on how optical illusions work.

However, David Hubel and Torsten Wiesel made a Nobel-winning discovery this century by concluding that the human mind fires off only when it sees something at certain angles.

Optical art also became a trend, using optical illusions in art. Victor Vasarey's work may suggest that the human mind identifies shapes not by lines, but rather by corners.

In the 21st century, a movement of the eye called saccades was discovered. The eyes make rapid movements which explains why the world appears to flicker when only one eye is open. When the retina receives too much information, brain activity will get overwhelmed and will think that there is movement.

The study of optical illusions reveals: one’s brain activity cannot handle all the information being thrown at it. The mind takes shortcuts to provide interpretation of what one is seeing.