How to Approach Someone When You Have Hurt Their Feelings 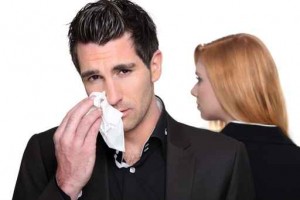 Apologizing to the one you’ve hurt, whether you receive forgiveness or not, is the best thing to do. It may or may not mend the relationship but at least it may unleash some of the painful feelings of both parties. Here are some tips on how to approach someone you’ve hurt.

When you are to apologize, be ready to accept whatever he/she may do or say to you. Being humble is one of the best body languages that show you are regretful of what you’ve done more than saying a simple ‘sorry’. Don’t raise your voice when she raises her voice unto you. Try to be calm and do not be defensive. Do not confront when she tries to tell you all the hurt she has about the incident. It is her way of releasing all the negative feelings she has and all you have to do is to accept.

Explaining is a body language that helps you elaborate yourself from the situation. Say for example, you’ve yelled on your friend without sincere intention of doing it. It better to say, “I’m just overload with stress that time, that’s why I wasn’t able to control my feelings that I have yelled on you. But I know that is not an excuse to say those to you” than putting the blame on her. In that case, she may know where those feelings are coming from when you yelled at her.

To gain more forgiveness, try to do something to convey you are very sincere in your apology. For example, your friend was hurt because she is inviting you a couple of times in different events but still you weren’t able to go. Try to spare some of your time to hang with her to cope from the events she is inviting you. Showing some effort to make up proves you are really sincere in your apology.

In every situation you felt you hurt someone never hesitate to express regret or say sorry. Apologizing to the one you’ve hurt or even to the one who hurt you is a heavenly gesture. Just wait for the right time or the situation to cool down before you approach the person to avoid making things worse.