How to Know Someone is Lying Through Body Language 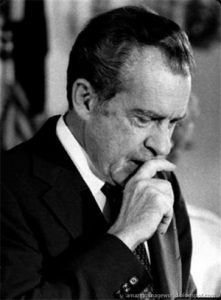 It’s a common fact that words make up just 7% of our entire communication. The rest is made up of body language and nonverbal cues. But because our culture places great emphasis on verbal response and words, most of us tend to overlook the very powerful messages being transmitted through body language. Rather than try to observe to the body language that our family, friends, and colleagues are emitting, we concentrate on the words. In the same way, we remain highly ignorant of the messages that we are conveying through stance, gestures, posture, handshake and more.

Body language happens to be immensely useful when you’re looking to spot a lie. This is so because liars often rehearse the words that they use, and forget the gestures altogether. The body language tips below can help you know when someone is lying to you.

The head hosts our sensation centers, including the eyes, nose, ears, mouth, etc. By observing head movements, you can easily detect lies. For instance, people are prone to nod ‘Yes’ when they actually have the word ‘No’, and vice versa. Just try to watch a TV interview and you’ll be amazed just how much body language you can pick. Observe this movement when talking to people.

When there’s discomfort, shoulders will usually hunch up, then drop in exasperation. The shoulders will also rise in a shrug to indicate ‘I don’t care’ or ‘I don’t know’. But when shrugged just partially, this could be a signal of deception. Genuine shrugs are complete and symmetrical, and can be interpreted to mean ‘not knowing’, whereas a partial or lopsided shrug rarely matches what someone is thinking or saying.

Naturally, people will move their bodies when talking. For instance, they may lean back or thrust forward to emphasize points during genuine storytelling. Someone who’s awkwardly stiff during a conversation is on guard. Liars tend to freeze up in a subconscious effort to try and prevent ‘leading’ any emotive gestures.

Those nervous tics such as ear tugging, nose scratching, and mount covering will increase in frequency through the stress of lying. It’s important that you keep an open mind on facial expressions, as well as fidgeting actions such as face-touching. If you familiar with the behavior of the individual you’re conversing with, spotting out-of-place gestures happens to be easy.

When the arms are underused in a conversation, this can signal a defensive posture. A liar will likely lock his or her arms in place, afraid that they could leak important clues to their deception by using hand-gestures. The crossed arm stance, for instance, is the opposite of the palms-out, open stance that’s considered welcoming and truthful. If the person you’re dealing with has their arms crossed, you might as well be prepared for an unwelcoming, negative reaction.

Hands happen to be one of the most expressive parts of the body, usually used to emphasize speech through gestures known as ‘illustrators’. People who don’t employ their hands to embellish or accent a story might not be fully invested in whatever they’re saying. Exaggerated gestures and unnatural movements that don’t fit in the person’s profile are other red flags to watch out for. Folded arms or clenched fists usually signal restraint.

When people are hiding something, they feel threatened and cornered by questions and often attempt to maximize their ‘safety zone’. They might sit in a distance by choosing the farthest-away chair, they might also set up personal barriers such as a glass of water, a book, a purse, etc. between themselves and the person who’s asking the questions.

These body language tips are a great place to start if you’re keen about detecting lies. Start with these and slowly build your skills so that you can almost automatically sense the body-language of deception when it manifests.