Your boss: the ever enigmatic figure in your office whose body language you always seem to over interpret. At any rate, you feel that your boss's body language will always feel to have weight on you.

For your boss, everything she/he does is just a simple action – a subconscious action that just happened. For you, her/his sighs or chin rubbing is a sign that she/he might be displeased. Bosses' actions will always have a huge effect on his juniors.

Some actions are not to be over interpreted. Here are some body language actions that you should not think about too much:

Short emails. Bosses usually reply to emails in one sentence. This, in contrast to your well-composed email that could pass for an academic dissertation, feels a little underwhelming. Fret not – this is typical for bosses. Boss to employee emails are usually written with spelling errors, and curt replies. Bosses believe that short email is an effective use of time. Similarly, short replies mean that bosses trust you – they don't need to detail every step for you. 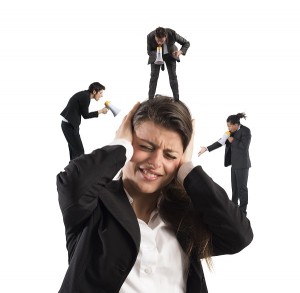 Yelling. This is more of a subconscious effect. For bosses, they usually do not realize that they are yelling or talking too loudly. Don't worry, your boss isn't pissed off or mad. Sometimes he doesn't even know that he's yelling.

Lateness. Bosses and supervisors are usually late. This is usually frustrating, especially for those that make it a point to always be on time. This is usually because of a busy schedule – she/he might not realize she/he has a meeting, she/he might be talking to someone on the phone, or might have lost track of time. When your boss is late, it's not because she/he is not enthusiastic for the meeting. It's nothing personal.

Eye contact. You talk to your boss. He stares into oblivion. He checks his phone. He types on his Mac. It's usually a situation when you're trying to explain your net big idea. However, your boss'sactions may not inspire creativity.

There are some body language cues that can be interpreted wrong depending on the situation. If anything, remember that anything that your boss does is most likely not caused by something you did. Chill out, and enjoy working.