Learn Body Language: All About Fingers

This is perhaps one of the most commonly used parts of the body when it comes to expressing yourself in a subtle manner and I am pretty sure that you are already well-aware of this. 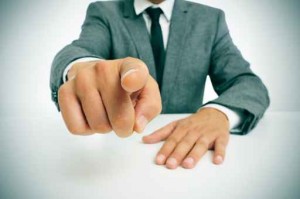 Below are some finger body languages that you may or may have not encountered in your daily experiences.

These are some of the more common finger body language that you encounter on a daily basis but do not underestimate them because these subtle gestures say a lot about what the doer is trying to tell you or his or her audience.