Now that you are already familiar with most of the different body languages that different people exhibit, being able to deduce a person’s current mental and emotional state in a short period of time just by simply looking at his or her general posture is more efficient.

Time is of the essence and not all people will continue to display a particular body language or gesture that you are looking out for in a very long time hence observing a person’s overall body posture and mood and getting a feel of what he or she is feeling or thinking in a moment is advantageous. Today, we will be discussing one of the few message clusters; a set of behavior a person shows which should tell you what he or she is probably experiencing at a given time, referred to as the “Aggressive Body Language”.  Aggressive body language is broken down further into three sub-categories; Threat, Invasion and Gestures and we will be talking about the first category which is the “Threat” aggressive body language. So what are signs that you should be looking for to categorize a person’s general behavior as a threatening aggressive body language? 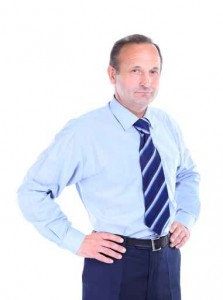 Facial Signals: If you see a person’s face frowning or pursing his or her lips then he or she is likely upset about something and is in an aggressive mood. If his or her eyes are staring toward a specific subject then you can safely assume that the person exhibiting this behavior is being threateningly aggressive towards that subject. Sneers and snarls toward the subject is also a clear indication that the person is displaying an aggressive body language and it might be better to pick a better time to interact with that person.

Attack Signals: Unsure if the person you are interacting with or observing is about to punch or slap you or someone in the face? Well, try observing his or her hands. If you see it clenching into a fist and the veins are becoming more embossed then it is very likely that if the person continues to get provoked, he or she will likely end up becoming physically aggressive towards you or the person or object he or she is mad about. A clear indication that the person is on the verge of aggressively attacking someone is if his or her face is red as well as his or her body lowering and spreading as if to stabilize his or her position.

Exposing Oneself: While exposing oneself to another person’s provocation is somewhat exposing his or herself to vulnerability, it is also a sign of being aggressive. It is as if the subject is daring someone or provoking someone to continue what he or she intends to do and is ready to retaliate. This gesture can include not looking or turning to the other person, displaying his or her crotch and relaxing the body.

There is so much to learn about the aggressive body language and being familiar with the overall mood of this body language can keep you away from trouble.