Body language is one of the most important forms of nonverbal communication. It consists of your gestures, facial expressions and eye movements. However, most people send body language signals subconsciously.

Most of the time, though, body language can be misleading, especially when it's done subconsciously. 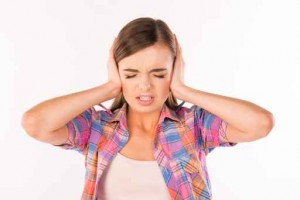 Here are some body language signals that can be misleading:

Eye contact is a bane for many. A lot of people do not know how much eye contact is considered to be just right.

Too much eye contact can be interpreted as rude or awkward. The other person may feel uncomfortable when there is too much eye contact. Staring at a person can also be seen as intimidating, rude, hostile, or belittling.

On the other hand, too little eye contact can be seen as insincere or weak. Avoiding eye contact altogether can also make you look like you're hiding something. The way you break eye contact is also another body language that can be confusing at times.

Handshakes are another body language that can be misleading. Much like eye contact, your handshake has to be right. There are several factors that make a firm handshake. These inclue strength, duration, eye contact and grip.

A weak handshake can signal lack of confidence or authority. On the other hand, extremely strong handshakes can be seen as an attempt to overpower the other person. Either handshake is bad, but handshake strength is relative. Learn how to adapt your handshakes per person to avoid misleading them.

People often touch their ears when they're in awkward standing positions or embarrassed. However, touching your ears while someone else is talking is considered as a sign of disbelief. Try to avoid this when you want to seem credible or if you want to build rapport.

In the same vein, scratching the chin or an unfocused gaze also signals disbelief. While chin scratching could be seen as a sign of contemplation, it more often than not will look like you're not believing what the other person is saying.

An unfocused gaze is a sure sign of boredom. This usually happens when you look into the eyes of a speaker then becoming unfocused. Similarly, tilting your head to one side is a sign of disbelief as well.

An unfocused gaze can be misleading, especially when it can't be helped because of the lighting conditions. This should be avoided to not mislead people by your body language.