Powerful Body Language That Can Improve Yourself

Here are some of the most powerful body languages that you can apply to help improve your lifestyle both at home and in the workplace:

New Year’s Resolutions: The fact of the matter is that new year’s resolutions are rarely accomplished by people throughout the year and if there are any who are able to succeed, they are only a few of the majority. If you want to become part of this majority, make sure that you sit up straight when you are writing down your New Year’s resolution. Good posture is influential when it comes to how you feel about yourself as well as how people see you. Research shows that people who sit up straight while writing things about themselves or their plans are more likely to believe and commit to accomplishing them as compared to those who sat slouching or those who wrote them while having a bad posture.

Hold A Cup Of Coffee: It is unusual to see this kind of entry but a study done at Yale University shows that people who are holding a warm cup of coffee as compared to a cold beverage were more likely to judge someone as trustworthy despite short interactions.

Synchronize Head Nods: This is not limited to nodding your head but scientific studies and research shows that people who are working on a project together and who behave the same way and who move their heads as well as their bodies the same way are more likely to accomplish the project at hand sooner and are more productive. 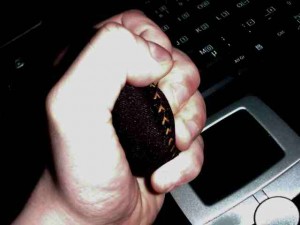 Handshakes: This may already sound like a mantra but handshakes are very powerful tools when it comes to expressing your intentions to another person. However, conducting handshakes before any form of negotiations or business at hand increases the chances of the negotiation going well for both parties. At the same time, people who shake hands tend to be more amicable to each other’s ideas and proposals and are more honest with their intentions.

Body language is not only limited in improving your interpersonal relationships with other people but it also has an impact on your personal growth as a person.