The 7 mysteries of the human mind 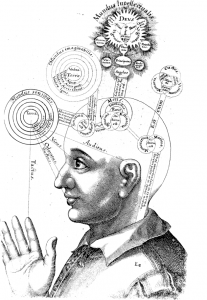 The human body is the most complex part of all objects in the universe. There are so many neurons in the brain and thus it’s not a wonder that despite all recent advances in the science of the brain we still find ourselves squashing in the dark. But at least with the advent of the imaging brain technology, we can grasp the crucial mysteries of neuroscience and start addressing them. The workings of the brain determine the human power to speak, imagine and solve problems. The human brain is truly an amazing organ. Here is a head up on what could restructure our understanding about the gray and white matter that defines who we are.

Whenever you arise in the morning, you probably hear birds chirping, perceive the sun rising, and perhaps feel happy simply because you’re conscious. Consciousness emerges from the material stuff of the brain according to neuroscientists. This is because even very small changes to your brain can powerfully alter your subjective experience. The main mechanism underlying consciousness resides at any of the physical levels such as cellular circuit and molecular. The mechanism may be a product of interactions between these levels. The massive feedback circuitry in the brain is essential for the production of consciousness. So far scientists have come up with questions that will help identify the area of the brain that correlates with consciousness.

Living eternally may not be realistic but a pioneered field known as cryonics is looking to give people two lives. A foundation in Arizona known as Alcor Life Extension is a superb example of cryonic centers where posthumous bodies are stored in liquid nitrogen-filled vats at very low temperature. The basic idea here is that a human being who becomes deceased due to a presently incurable disease might be revived in the future once the cure has been discovered.  So far, there’s no preserved body that has been revived since this technology does not exist.

There so many myths and misconceptions about dreams. This is why scientists are still unraveling this mystery. There is one possibility though which states that dreaming stimulates the trafficking of synapses between brain cells. Research shows that people dream about tasks and emotions they didn’t take care of during the day and this helps in solidifying thoughts and memories. Scientists, however, argue that dreaming happen during your deepest sleep known as Rapid Eye Movement.

Human beings spend more than a quarter of their lives shutting their eyes. Sleep is very crucial for survival in mammals according to scientists. Extended sleeplessness in human can lead to hallucination and in extreme cases death. There are two states of sleep as explained by scientists. The rapid eye movement is where the brain is very active and non-rapid eye movement during which brain exhibits low metabolic activity. Rapid eye movement sleep helps to organize memories while non-rapid sleep gives your body a break thus conserving energy. However, all these ideas are yet to be proven but dreams during rapid eye movement do not correlate with memories always.

There are some life experiences that are hard to forget for example your first kiss. Through the imaging brain techniques, scientists are unraveling the mechanism responsible for storing and creating memories. They are finding that the cerebrum within the brain gray matter could act as a memory box. It appears that both true and false memories activate similar brain regions and to pull out the real memory some researchers asks a subject to recall the memory in context .This is very hard when the event didn’t actually occur.

Laughter is the least understood human behavior but the best brain teaser. Scientists state that a good laugh lights up three parts of the brain. These three parts include; a thinking part which helps you get the joke, emotional region that elicits the giddy feeling and the movement area that tells your muscle to move. It remains unknown why one person laughs at a foolish joke and other chuckles while watching a movie. It has been found out that laughter is a playful response to stories that disobey conventional expectations. One thing is clear, though, laughter makes us feel better.

Scientists have built up a convincing body of evidence that our thoughts and personalities may be controlled by either genes or environment. Study of human genes points to human traits that we have no control over while peer pressure or upbringing has greatly shown influence in who we are or what we do.

Mysteries about human mind will always exist until neuroscientists are able to explain everything in a better understandable manner. Scientists haven't been able to completely understand and explain various mysteries like how memories are formed, retrieved and how they disappear. With the help of the imaging brain technology, scientists will be able to answer all the questions and myths underlying human mind. The human brain is complex and thus detailed research should be done for better understanding.