Tips to Get People to Do What you Want 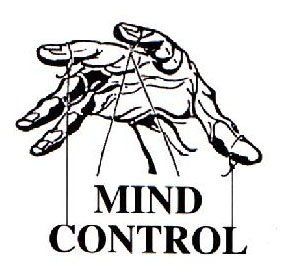 Now, that’s a powerful skill that most people would love to master.

Well, if the issue was to be debated, a lot of people would still find the issue of ‘controlling behavior’ to be both objectionable and astounding. But there are those situations when mind control can be immensely beneficial. Think about getting your kids to behave, getting your boss to promote you, and getting your employees to play as a team. There’s just no limit to what you can do with this kind of skills.

Before anything else, listening is the key. You cannot be able to figure out someone or get them to do what you want if you can’t listen carefully. The point here is that you want to let the other person talk and let you know what they need. Psychologically, the act of talking can indeed provide healing. Naturally, people will talk in an environment that comes across the board as supportive. So pay attention and provide the right environment!

Appeal to their Emotions

Some people, a lot of people actually, are very prone to emotions. They experience very strong emotions and tend to think based on how things make them feel. These are the folks who’re sharing all that emotional soldier-reunited-with-dog video posts on your Facebook Wall. These people understand emotions better than anything else. Thus, in order to get them to do what you want, it’s paramount that you employ arguments and language that plays right into their emotions. Emotions to use include guilt, fear, ego involvement, and anger.

Some miserable people will result to cajoling as a way to control others. You try to employ that demanding voice and stern attitude to get others to do what you want. This doesn’t really work. Some of the biggest jerks on the universe are people who are always trying to cajole others. So you need to get this out of your mindset if you’re to make people do what you want them to do.

Focus on the Relationship

Most times, people will do what you want them to do because there’s a strong, existing relationship between the two of you. For instance, there’s a high probability that your closest friends will do what you ask of them. So instead of closing that $100,000 deal every once in a while, you should invest in powerful relationships that are worth millions of dollars over the next few years or decades. The point is to focus on a great relationship with your co-workers, employees, customers, etc.

There’s a starting point for everything. If you want to control people’s behavior so that they can do what you want them to do, these tips and strategies are actually a great place to start!