The way a person wears his or her hair or keeps it can be a basis as to what the person’s general emotional or mental condition is at the moment. While hair itself does not move on its own, people tend to do a lot of things toward their hair and even those who neglect it express a specific mood that you can use as a basis to deduce what the person’s general mental and emotional state. 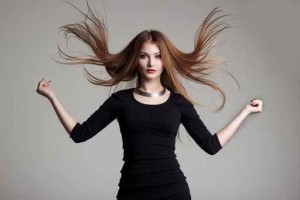 The following non-verbal cues are some of the things that you should take note of when observing a person.