What Does Smirking Really Mean?

Ah, the smirk. The ever-so confusing body language that's associated with many things. These include passive aggressiveness, smugness, egoism and even pride.

However, just like any other body language, smirking can take on different meanings depending on the person or the situation. For instance, smirking at your friend could just be a little tease. But on the other hand, smirking at the presenter could mean that you don't believe what he's saying. This goes to show that body language is a versatile tool to have in your everyday lives.

But wait, before you continue reading, make sure you join my list so you'll get all my Mentalizer secrets and tips for using your brain to achieve success in life: 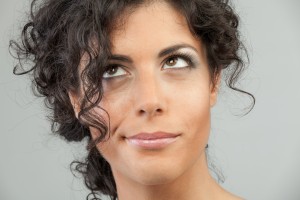 you. Smirks are usually accompanied by other dominant body language such as raised chins, spread shoulders and open arms. Their speaking also drips of pride.

Some people resort to smirks when they are under a verbal attack. It's a body language that is usually used when someone is under fire but doesn't want to defend himself anymore. It's the type of body language that agitates people who put you under verbal assault.

A person will also tend to put on a confused, tight-lipped smile when they don't believe what one person is selling. Most times, it will curl up into a smirk, to indicate confusion about authority on the matter.

Some people like to not show their true colors. They avoid a certain body language. When they're irritated, in disagreement, or pissed off, they choose to show a smirk as a distraction for their true expression. This way, they suppress what they really feel which could be worse.

As you can see, different people have different motivations for smirking. Knowing these different reasons will make you a person that can discern anybody’s body language in no time at all.