What your IQ says about you 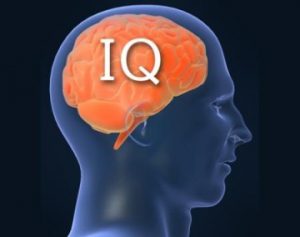 Do you have an average IQ or a genius IQ? After taking an IQ test it’s important to ask for the interpretation from a professional in order to understand what your IQ score tells you. Your IQ can say different things about you based on your age, sex, gender and educational-level. A lot of research has been done and a number of conclusions have been reached. Some of them are funny, some very controversial and some so interesting! Here is what your IQ says about you.

It shows how independent you are

Many people with a high IQ tends to be creative impulsive and loves working independently. These individuals often love self-expression and they always have work done without following a clear set of rules. Their IQ really helps them in doing all that needed to them on time and at the right place without any supervision.

Says a lot about your race

Your IQ level can say a lot about your race. Many people tend to wrongfully assume that intelligence is a matter of genes only. Research shows that differences between races can be used to justify racism meaning that intelligence cannot be hereditary only. The cultural attitude towards work, health, socioeconomic status and education differences are widely divided between races. This is because people from different races have different IQ scores thus bringing in the huge difference between races.

This might come as a surprise but there is a huge correlation between height and intelligence. Research shows that there is a gene that influences a person’s IQ score and height. Taller people score higher when it comes to IQ testing than shorter people on average. However, the difference between taller and shorter people may not be big since there other better predictors of someone IQ score like education level.

Research on human IQ scores increases with each passing generation. It doesn’t mean that you better than great-great grandfathers, it means that your thinking ability is improved and you thinking more logically. A good IQ tells a lot about you compared with a person from 1950 since you are able to solve problems and above all use your abilities in hypothetical situations. This is why you able to protect yourself from infections by taking all necessary precautions showing your average IQ score.

Every human has the potential of becoming a genius. This may be surprising but discovering your talent and reinforcing it serves as footsteps to becoming a genius. Having a high or low IQ score shouldn’t interfere with your day to day life instead it should be a stepping stone to a better you. Your IQ may say a lot about you but the effort you put in everything you do may change the facts.