Ehud Segev, a.k.a “The Mentalizer,” announced the launch of his new 52-part program detailing the “secret” techniques and skills used by the world’s top mentalists. The program’s goal is to enable people everywhere to develop or improve their mental powers to achieve success in life.

WE HAVE REACHED CAPACITY

We are sorry, but due to an overwhelming response, the course has reached full capacity. But no worries, you can get on the waiting list and be added as soon as we open up the course again in the next few days.

Ehud Segev, an acclaimed Israeli mentalist who performs before live audiences around the world, has been featured on numerous U.S. and international TV shows, and appeared in an off-Broadway production of “Anomal,” is releasing a new program. The comprehensive course, first of its kind in the world, which will be sent out to his subscribers once a week during one year, will contain a detailed, step- by-step explanation of the skills and techniques top mentalists routinely use. 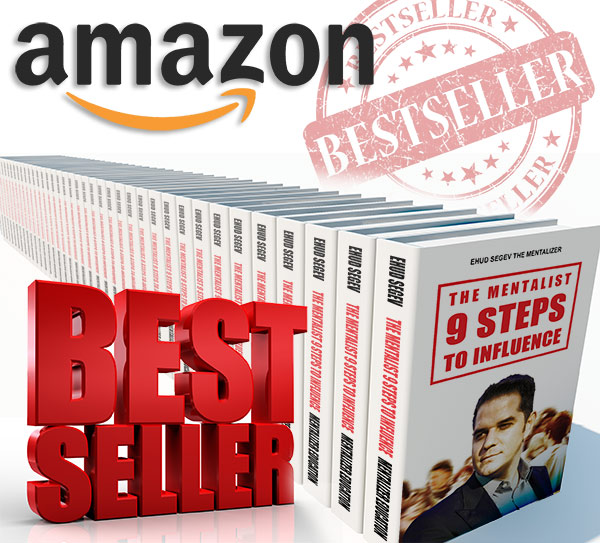 “People see TV shows like ‘Lie to Me’ or ‘The Mentalist’ and think that mentalists have magical powers,” Segev said. “However, anyone can develop these abilities if they – no pun intended – put their minds to it. It’s all a matter of training and discipline.”

Segev decided to develop the program in response to numerous requests from audience members at his live performances and visitors to his website. “People asked me to be as specific as possible, revealing actual steps, skills and techniques in a detailed manner, and not just in general or vague terms,” he said.

He stressed that this new program is not based on gimmicks, trickery, or deception, but, rather, on the in-depth knowledge of the human psyche and behavior patterns, which anyone can master by following techniques outlined in the course.

“I explain, in an easy language anyone can understand, how to develop the fundamental techniques that mentalists use, such as awareness, acuity, super memory, sharp powers of observation and deduction, and several other basic yet necessary skills,” Segev said.

The program also unveils the “how-to” of body language interpretation, Neuro-Linguistic Programming, mind “reading,” and provides a wealth of other information that any person interested in becoming a mentalist should know.

“If people practice all the methods outlined in the course with patience and perseverance, they will significantly boost their mental abilities,” Segev said. “Practically all areas of our daily lives, whether personal or professional, will benefit tremendously from these techniques.”

“Anyone can develop these abilities if they – no pun intended – put their minds to it. It’s all a matter of training and discipline.” ~ Ehud Segev

Join the list so you'll get all the Mentalizer secrets and tips for using your brain to achieve success in life:

This site uses Akismet to reduce spam. Learn how your comment data is processed.